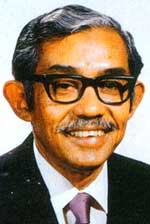 When Dato Onn resigned as President of UMNO and Tunku Abdul Rahman became its new President, Tun Dr. Ismial fell under his spell and took to politics. Tun Suffian has said that the "trait in his character never to be false to his principles was later to shine like a beacon when he entered public life". Tun Dr. Ismail was nominated unofficial member of the Johore State Council as early as 1948 and subsequently entered the Johore Exco. He was then elected to the Johore Bahru Town Council where he soon mastered the intricacies of the Town Board Enactment and its By-laws. In 1952, he was appointed as unofficial member of the Federal Legislative Council. Soon afterwards, at the request of Tunku Abdul Rahman he was appointed Member for Lands and Mines in the Member system of Government. In 1955, when elections were held to the Federal Legislative Council, he was elected. From the same Johore Timor Constituency, he was re-elected to the Federal Legislature three time in 1959, in 1964 and in 1969. In 1956, when Tunku Abdul Rahman was Chief Minister, Tun Dr. Ismail was appointed Minister of Commerce and Industry. After Merdeka in 1957, he joined the First Cabinet and he held various portfolios. 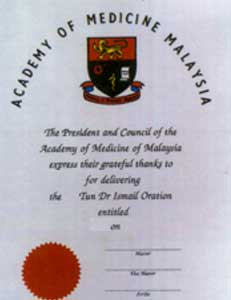 He was also our first Ambassador in Washington D.C. and Malaysian representative to the United Nations. When he returned he re-joined the Cabinet and held the important portfolios of Internal Security and Home Affairs. He resigned from the Cabinet in June 1967 due to ill health but not from Parliament. He contested and returned to Parliament for a further term in 1969. After the incidents of may 13th 1969 he re-joined the Cabinet and in the words of Tun Suffian "it was during the agonising days that his outstanding qualities came to the fore. Perhaps it can be said that more than anybody else the Tun contributed substantially to the restoration of public confidence in the Government's determination to restore law and order after the May 13th incidents." When Tunku Abdul Rahman retired from the Premiership and passed his mantle to Tun Abdul Razak, Tun Dr. Ismail became the Deputy Prime Minister.

He was made Honorary Member of the Academy of Medicine of Malaysia in 1973. On 2nd August 1973, he passed away as a result of a heart attack.

The Tun Ismail Oration was inaugurated in his memory by the Academy of Medicine in 1974. The Kuok Foundation set up a fund, interest from which was given to the Academy to finance the Oration once in two years. The first oration was delivered by Yang Amat Arif Tun Mohamed Suffian bin Hashim, the then Lord President, in August 1974. 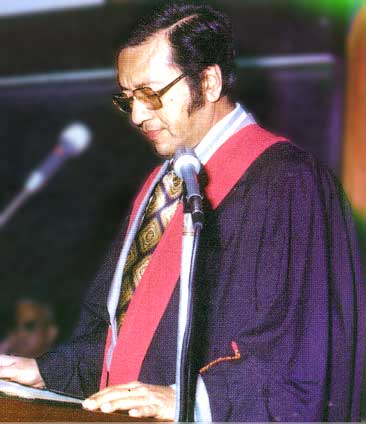 1976
2nd Oration by YAB Datuk Seri Dr. Mahathir Mohamad, the then Minister of Education and now Prime Minister of Malaysia 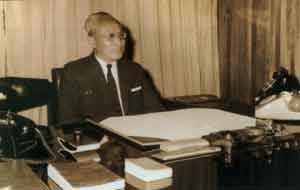 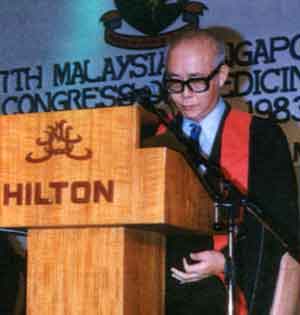 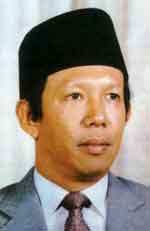 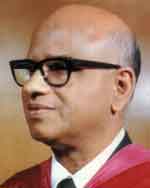 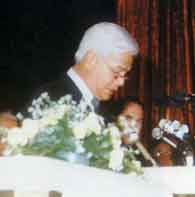 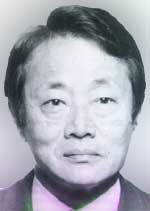